Send Us an Email

What a Perfect Day! 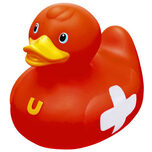 What a great day Sunday was for Sue & I. We went out boxing with Tsuki Ames and Jei for the day in Penwood State Park in Bloomfield. After a late start, I was loading up the car when a red car pulled in the driveway with Rubaduc and Gizz inside!

"We're heading out to Penwood to do your early boxes" I told her. Most of the boxes were placed around 2004. It's always a hoot to find these vintage letterboxes and see how much better carvers have gotten from their early beginnings and the logbook entries.

After picking Amy & Jay up we were off. It was a perfect day to be out on the trails as I'm sure many of you found out! A few times we had to snake in between downed limbs and branches still left from the October early snow disaster. We spent about 4 hours on the trails and hiked about 5 miles - it felt so good to be out letterboxing again. All of us kept mentioning how crazy it was to be this warm in mid March but we were glad to have it.

Then we headed out to dinner - Braza's in Hartford for a Brazilian feast, which was as good as always. Dropping Amy & Jay home, Amy was so kind to gift us with a bunch of her stamps so that we can plant them for her. Watch for some new boxes that will be coming out soon. Hope your weekend was as good as our and you found some fun time! We all need that to clear the work out of our heads!!!

© Pinecone Productions & Pinecone Adventures - "Have Fun & Just Get Out There & Box!!!"